Back To Berlin: Interview with Luke Seidel-Haas 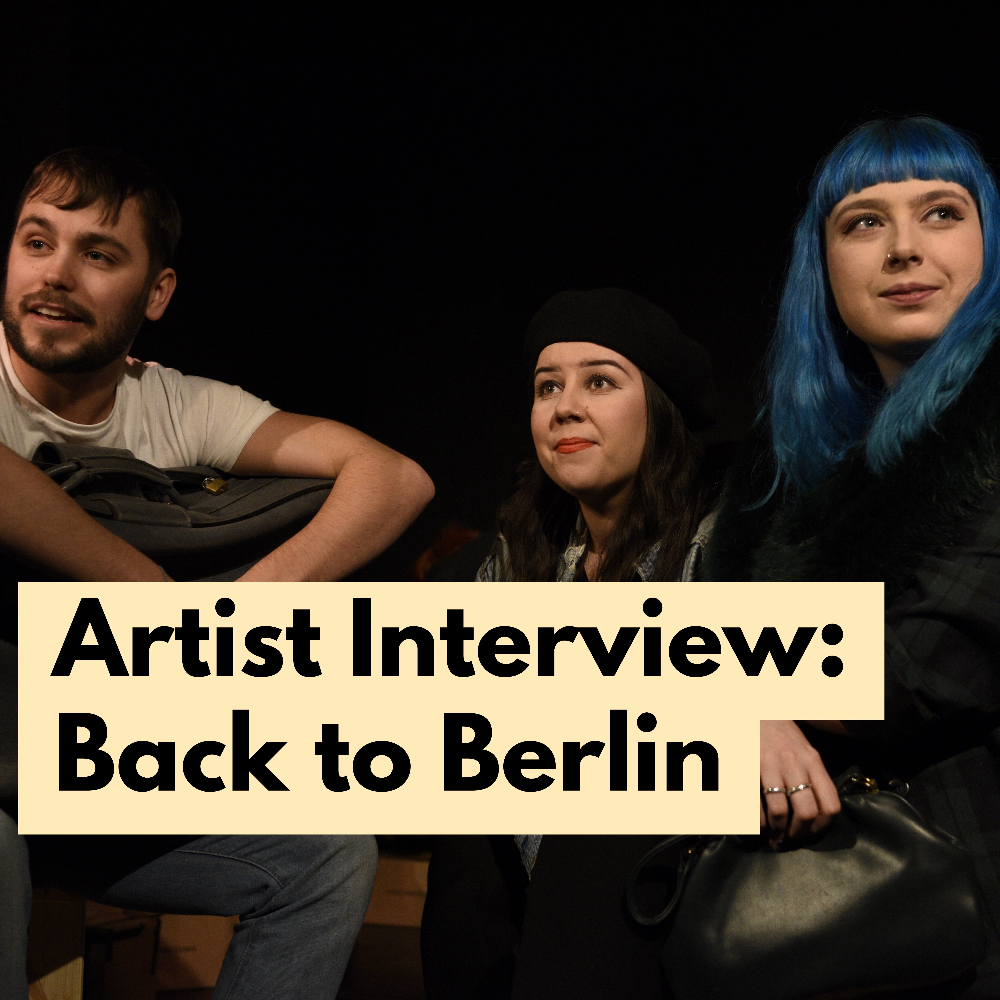 Back To Berlin: Interview with Luke Seidel-Haas

We’ve been talking to artists who are making the journey to the festival to find out more about their shows. First up is Luke Seidel-Haas, writer and co-director of ‘Back To Berlin’

Hi Luke and thank you for taking the time to talk with us. We’ve been reading all about ‘Back to Berlin’ and how it was inspired by a family member and real events. Can you tell us a little more about where the concept started?

My dad is originally from Germany, having moved to the UK in the 80’s. Growing up I didn’t really know all that much about his upbringing before he emigrated, but a couple of years ago and over many glasses of wine we started talking about his time in Berlin. He explained that he studied in the city as a West German student when the wall was up, then moved to the UK a few years later. In 1989 when the Iron Curtain started to crumble, he was living in England and suddenly realised that history was being made back in his home country, and that he needed to travel back to see it.

He told me this story, I told the rest of the theatre company, and we realised it might make a really interesting show. From there I developed a script based on our conversations, which then morphed into a sometimes serious, sometimes light-hearted performance. We’ve been working on it for a couple of years and developing it more after each performance, and we really want to take the audience with us, to imagine what it might have felt like to be there the night the wall opened. 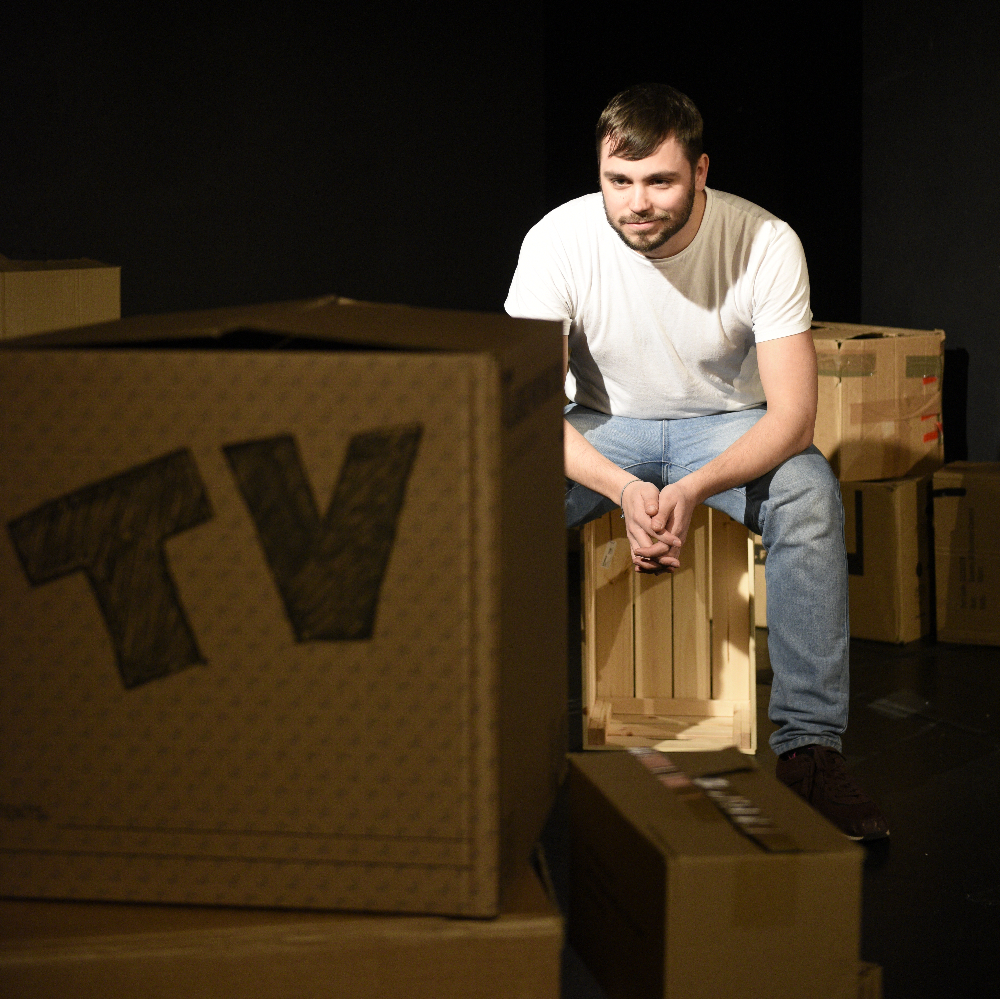 It’s been 30 years since the fall of the Berlin Wall, do you think it’s a subject that’s spoken about enough in the UK? Are there lessons for today?

I don’t think that era of history is spoken about enough. The audiences we’ve performed for so far have been really diverse, with some coming along because they remember the event or even have a personal connection to Germany or Berlin, and others just coming along because they’re intrigued and want to learn more. Our aim is to make sure that those who don’t know the history (or, like us, weren’t even born in ’89) come away with a better understanding of what happened, and the impact of those events on what’s happened since.

There are so many lessons that can be learned for today; the fall of the Berlin Wall was all about uniting a country divided by ideology, the coming together and the healing. The UK often feels divided in a similar way (right/left, leave/remain and so on), and we need to learn to come together somehow. In Germany the reunification wasn’t perfect, and of course across Europe the legacy is still felt in both negative and positive ways. I hope the show highlights those similarities.

Over the last year we feel the show has in some ways taken on a different resonance. Closed borders, being isolated from friends and family, ever changing travel restrictions which throw a country into turmoil. We could be talking about 1989 or 2020/1 The restrictions we’ve lived under for the last 18 months due to COVID feel strangely prescient now. 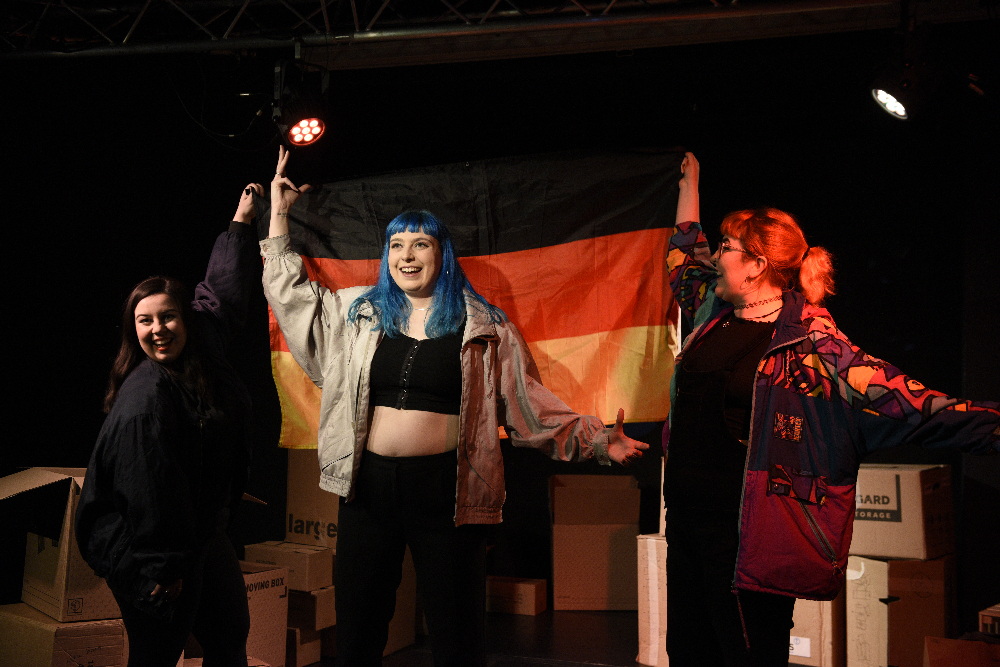 This will be your first time performing at Ventnor Fringe, how did you hear about the event and what are you expecting? Will it be you first time visiting the Isle of Wight?

We first heard about the Ventor Fringe from another Cardiff based performer, Stammermouth (Nye Russell-Thompson). He’s from the IoW originally, and has performed at the Fringe in the past. (Go see his show too, as he’s performing this year and it’s great) The line up looks really interesting and diverse, and I think like any Fringe we’re expecting the unexpected!

We’ve never been to the Isle of Wight before, but are very excited to be visiting. Let’s be honest, we’re excited to be leaving our living rooms after the last year of being stuck inside! We’ve heard that the beaches and countryside are lovely and want to explore as much as we can, and we will be sure to help the local pub economy while we are visiting!

And finally, if you had to sum up your show to audiences in 3 words how would you describe it?

Funny, authentic, educational
(Not our words, but my dad’s words having seen the show himself)

Click here to book tickets for Back To Berlin

Take a look at the full programme of events taking part at this year’s Ventnor Fringe. More shows are being added every day!

What makes performing at Ventnor so special?