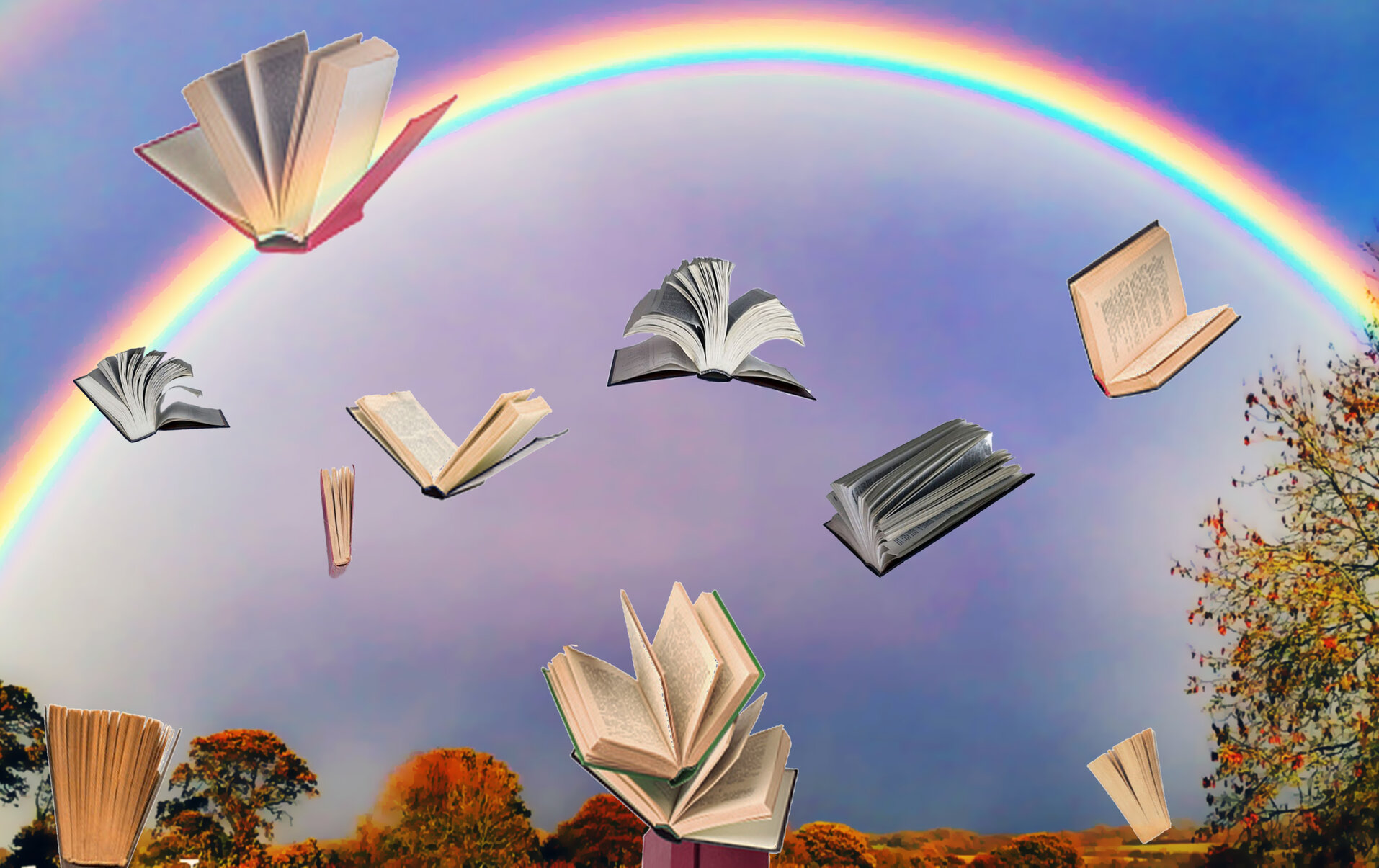 3pm – 4pm Bibliomancy: The Random Research Game by Jonas Golland Bibliomancy has been made into games where the questions we don’t have answers to are opened to all the wisdom

Bibliomancy has been made into games where the questions we don’t have answers to are opened to all the wisdom of the library. Whether about spiritual or personal life, or issues of international concern, choose a question of your own or from the list provided. Then a number is generated and used to select the book, or the player may consult a chosen book. This process is used in a variety of evolving games, sometimes with music. If the resources we provide are too limited to find your truth, you can provide published books only. If you didn’t bring any, we apologise for any inconvenience caused.

Please note: This is a safe space for all, so do not judge other peoples’ divinations.

The name, author and page number of each divination can be written on the cards provided and the board to help us in discussion.

The games are hosted by performer and writer Jonas Golland, and metaphysical gambling expert Bob Prophette (bios below).

We have an Exquisite Corpse poem writing game where each answer becomes the generation of the next.

This project started as a theatrical reading game Santa Rosa, California in 2004, by Josh Windmiller and Jonas Golland. In 2018 they performed a devised theatrical version at Skronkfest, New River Studios, London to an amused audience. Rick Jensen the promoter called the show ‘Wonderful’.

Jonas Golland is working on his next book, The Truth. This research is going towards it. If you’d like to donate £5 towards The Truth, it’s for a good cause. The book will be about Bibliomancy and our experiences bringing the sacred practise to modern life, and to ponder why it is not used as much these days.

Sometimes this term [bibliomancy] is used synonymously with stichomancy (from στίχος stichos- “row, line, verse”) “divination by lines of verse in books taken at hazard”, which was first recorded c. 1693 (Urquhart’s Rabelais).

Among Christians, the Bible is most commonly used (in the Sortes Sanctorum), and in Islamic cultures the Quran. In the Middle Ages the use of Virgil’s Aeneid was common in Europe and known as the sortes Virgilianae. In the classical world the sortes Virgilianae and sortes Homericae (using the Iliad and Odyssey) were used.

We continue the secularisation of the divined literature in a free and non-judgemental way. They also shouldn’t be judged for being completely irrelevant.

Multi-instrumentalist-composer-writer-actor from London. Spent young years acting, directing and fooling in Calfornia. Returned to London, got a music degree, and collaborates with wonderful artists and drummed with Tiger Lillies for 5 years. Leads theatrical band Private Plebs.