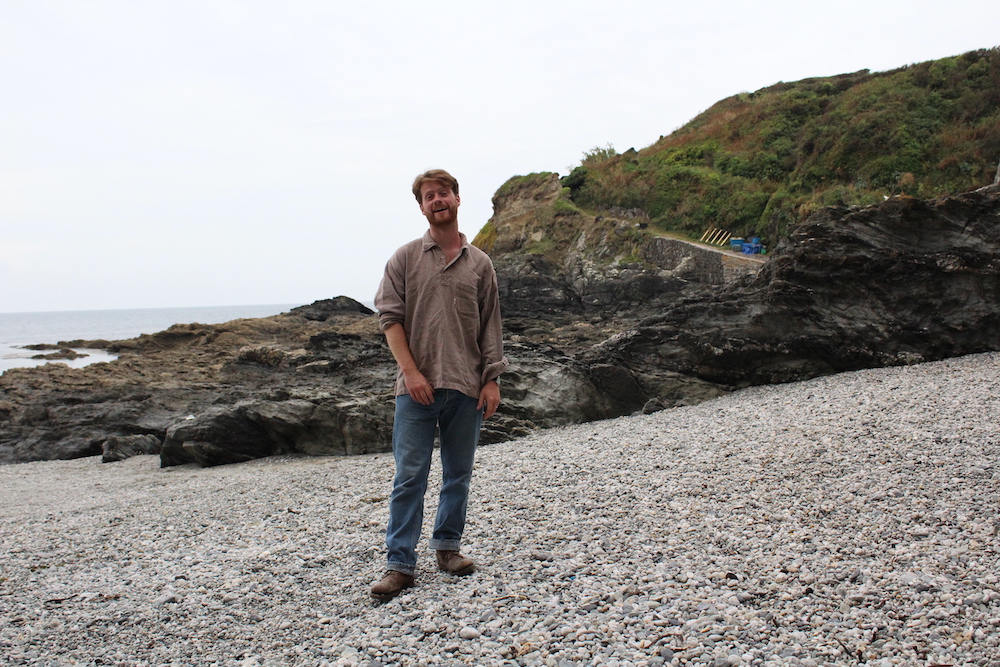 Just a bit too earnest to be truly tongue-in-cheek, Jimmy’s music celebrates and mocks the mundane while stirring the soul. Anything from cheesy pop bangers about mobile telecommunication, to moody trad folk exploring the modern-day fur industry, Jimmy’s music has storytelling at its heart.

After performing with The Medlars and releasing their debut EP in 2017, Jimmy has gone solo, with a collection of stories spanning from family and friends, to love, nature, loneliness and medicine. Broadening his inspirations from traditional folk, Jimmy’s songs draw on rock, pop and psychedelia, including the likes of Johnny Flynn, Neil Young, Talking Heads, The Flaming Lips, Nic Jones and Tom Rosenthal. He’s playing 5-string banjo, but not as you know it.

Coming from a small farm in Herefordshire, Jimmy became a prominent figure on the London folk scene (or at least that’s the story he’s going with). He runs Pear O’Legs Records, a not-for-profit micro-label supporting traditional and contemporary musicians. Doctor by day, Jimmy has needed his banjo, Morag, to help him through the COVID pandemic. He now hopes to further pursue his love of music and share some of his experiences from working in the NHS.