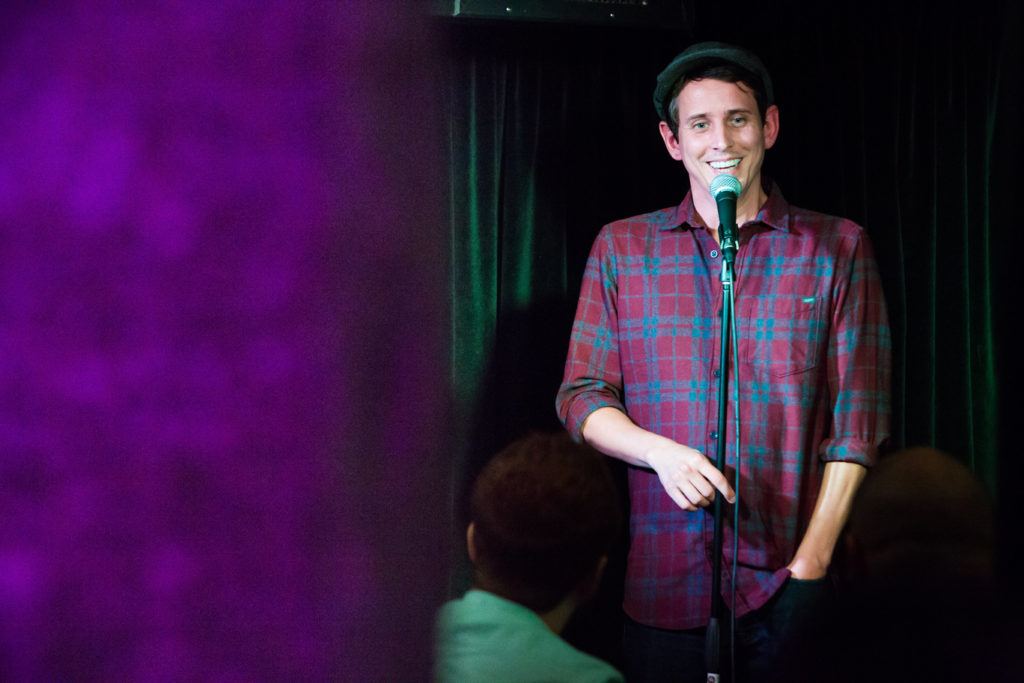 As a child of 8, Chris went to the dentist and something weird happened, something which would go on to alter all of our lives. As a child of 34, Chris attempts to explain this.

From BBC Three, Dave and Radio 4, award-winning comedian and storyteller Chris Stokes (Milton Jones & Jason Manford tour support) brings his latest solo show to Ventnor Fringe, tackling subjects from the shape of time and the theory of eternalism to childhood birthdays and calling your nan the worst word imaginable.

Juxtaposing hi- and lo-brow, Chris’ latest solo show is his best yet.

Chris has appeared in and written for the BBC Three series ‘Quickies’, written for shows such as ‘Have I Got News For You’ and ‘The News Quiz’ as well as supported names such as Milton Jones, Jason Manford and Stewart Francis on tour. He is one of the hosts on the mystery/comedy podcast ‘Mystery on the Rocks’.

‘Real talent… It takes some flair to mix script, tangent, conversation and heartbreak and make it all look so effortless.’ ★★★★ (Skinny)