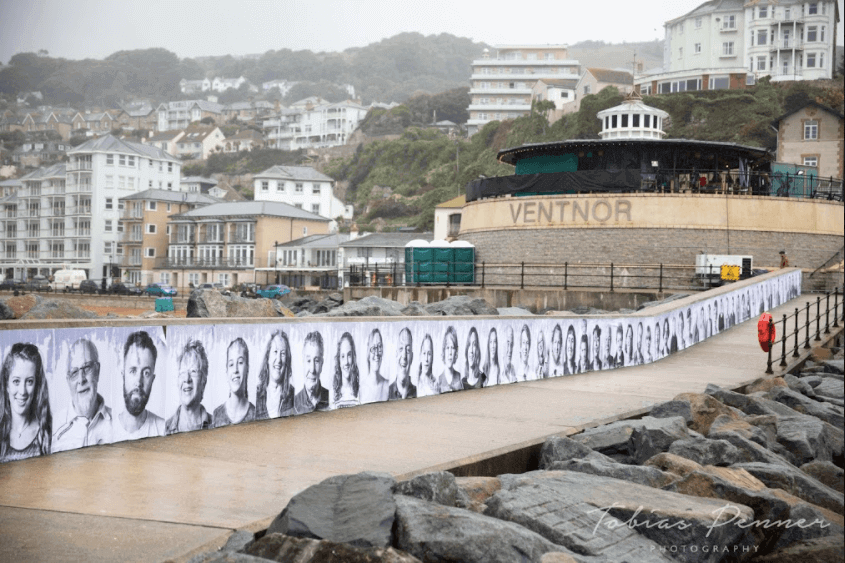 It’s 2017, the world has become a different place in the last eight years.

Eight years ago, our festival founders were eighteen-year- old students experiencing the first sips of university life, visiting prospective courses and deciphering what career paths to go down. This journey ultimately brought about the question; how they could bring the culture they’d tasted back to the Isle of Wight, or more importantly back to their hometown, Ventnor.

The kids did good eh? But they’re not kids anymore, eight increasingly more successful Fringe festivals, one Ventnor Exchange and countless community projects; I think we can all agree that VFringe has been a change for the better. Ventnor town has come alive in the last decade, seeing empty shops brim with light, life and laughter. We have two art venues (Ventnor Exchange and Ventnor Arts Club), several artisan eateries (Cantina, Tramezzini and The Bistro), a Tea House, a homemade ice cream parlor, three small supermarkets and countless thirst quenching bars. What does all this ultimately mean. Is this town just a brilliant holiday destination or is Ventnor finally becoming a town of young entrepreneurs making a sustainable living?
The problem that young people have always faced on the Isle of Wight is whether it’s a viable place to live and have a career. Is it possible to build a successful career right here on the southern-most coast of the Isle of Wight?

The town is smarter, more refined and culturally rich than it ever has been, the young people of the town are setting up shop with their businesses. Three businesses are run by young people; Ventnor Exchange, The Tea House (and The Events Co.) and Red Squirrel Studios. Gentrification is always a hot topic in our yearly Fringe Forum. Whilst Jack Whitewood has always steadfast in his belief that gentrification will not happen, or at least is a long-way off for Ventnor, we pose the question: Is it?

The Fringe Review have decided to investigate whether Ventnor is now a viable career option for young people by interviewing successful creative faces that have done just that. Look out for these interviews in the coming six issues of the Fringe Review.