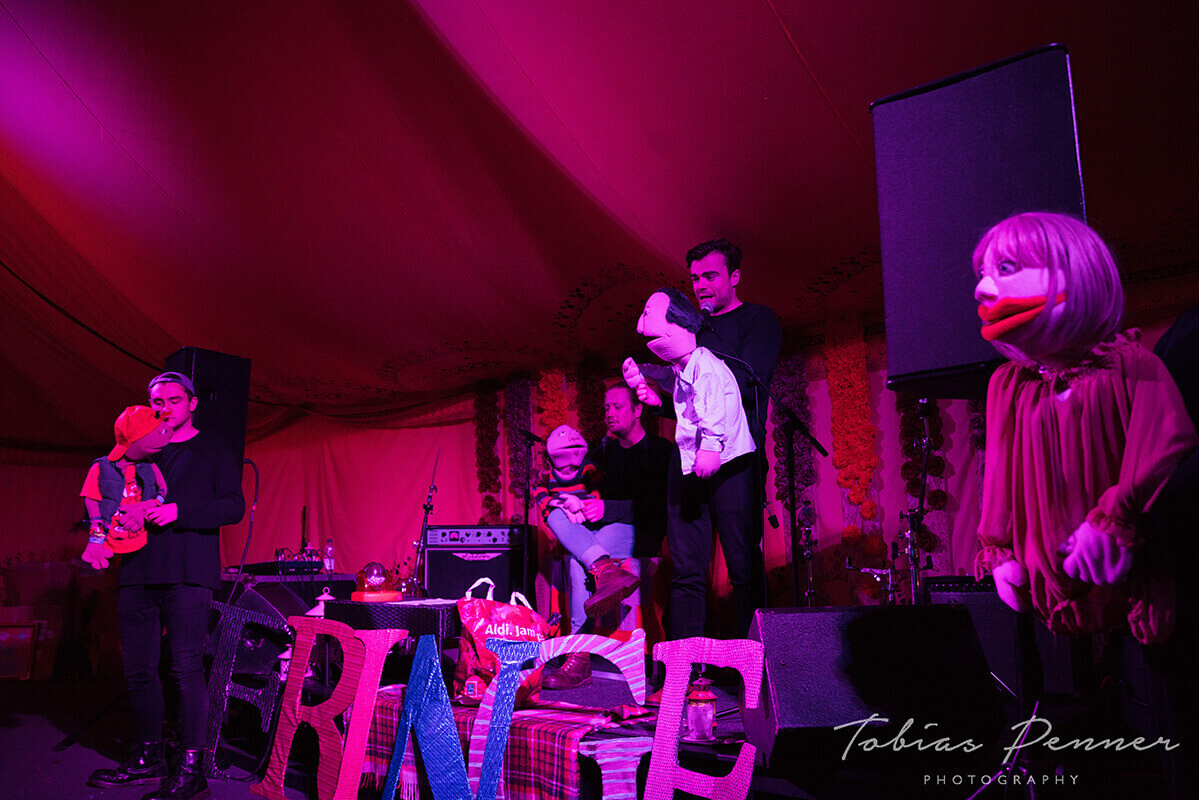 Can you believe it has taken this long for Bingo to come to the Ventnor Fringe?

Proving the old saying “if you want something done properly, then puppets”. These particular puppets are no strangers to Ventnor, having performed in the hit play Wireless
last year. We are very grateful to them for coming back to V-town and taking control of the appalling lack of Bingo.

I was unsure of what to expect. I mean, hey, I’ve bingoed. I’ve experienced the panic inducing, heady rush of adrenaline as the numbers are called. I’ve stained my fingers with the florescent ink of the bingo marker and I’ve felt the dizzying highs and the soul crushing lows of games won and lost, but never have I ever done so with puppets involved. Anywhere. Let alone hosting.

At 10pm I arrived at the Parkside Marque, took my artfully served G & T (those bar staff are as beautiful as they are talented in the ways of the booze) and settled down on a comfy cushion to get my puppet bingo on. And gee whiz, did I ever. Ted and Terry hosted the evening, creating an enjoyable tension you could taste, with vitriol laced banter and, ahem, unusual bingo calls. Karen and Carl worked the room, helped by a brilliant blue bearded assistant in the handing out of the bingo cards.

Karen, having had too many chardonnays pre show, was unable to work the magical bingo machine. A glamorous assistant was asked for from the audience. I took a breath. I raised my hand. I became that assistant.

There are moments in life that one never forgets, that etch themselves onto the very aluminium of one’s soul. Prizes were won, joy was had and no one left without a smile on their face and their puppet bingo needs unfulfilled. They were totally filled. Hard.

This evening at 10pm, Ted, Terry, Karen and Olly are hosting a pub quiz at Parkside and I hope to gosh they need another assistant.