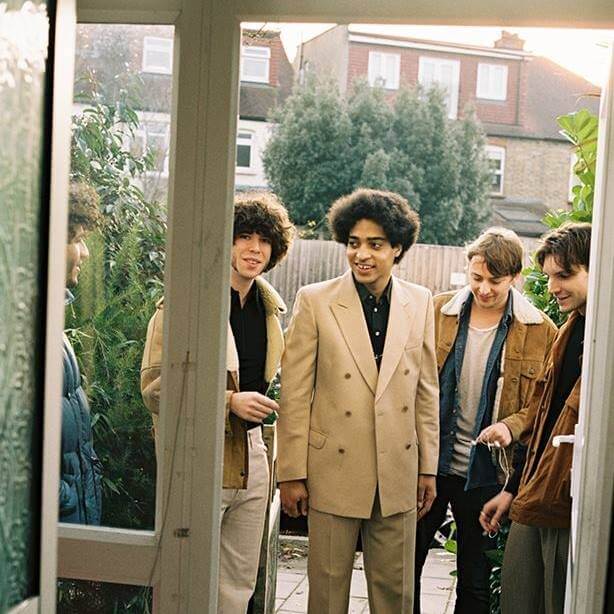 The first memory I had as a child was of something I thought could have been a dream – nah I’m only joking; I’m reviewing Childhood THE BAND.

Playing this Friday at Ventnor Winter Gardens is the London-based band Childhood. Though listening to their back catalogue, you could be forgiven for thinking these guys were from a seaside town, not too dissimilar from dear Ventnor here.

The band were welcomed to the scene back in 2012 with their single Blue Velvet, and were admired as the revivalists of modern guitar music. Such notoriety for a young band meant that Childhood had to either continue in this fashion, or fall by the wayside.

In 2014 they released their album, Lacuna, which did not disappoint. The album showed off more of what critics had grown to love from Childhood, presenting exciting exploratory guitar on catchy synth indie-pop tracks.

Too Old for My Tears has got to be the dance track of the summer; not the title you’d imagine for an up-beat summer anthem, but it’ll really get you up and wanting to dance. If you’re wondering which song you’re thinking of when the chorus plays “But oh baby” – It’s Ronan Keating, ‘Life is a Rollercoaster’ (you’re welcome, because we know that woulda’ been playing on your mind. And for all you nay-sayers, there’s nothing wrong with a bit of Ronan). This fast-paced song is like a blend of ‘Black and White Town’ by Doves crossed with Julian Casablacas-esque vocals.

It’s an eclectic album – the more you listen, the more you unlock. It’s been a while since I’ve heard an album like it. Something new resonates with you with every play, whether it’s the bass-line, various guitar accompaniments or varying vocal styles, it’s just an astute collection of songs. My most exciting encounter with the album was the title track, embracing similar sounds to that of Connan Mockasin, minus the obscure and down-right weird lyricism.

Childhood have taken several traditional music genres, amalgamated them into their own, and it’s that what a great album should be. The bands new image emanates the classic swinging flared corduroys, bushy side-burned beatnik boys.

This definitely is a must see for any music fanatics this week. Whether you’ve given them a listen already or would prefer to be pleasantly surprised, a live set is always the true measure of a band.