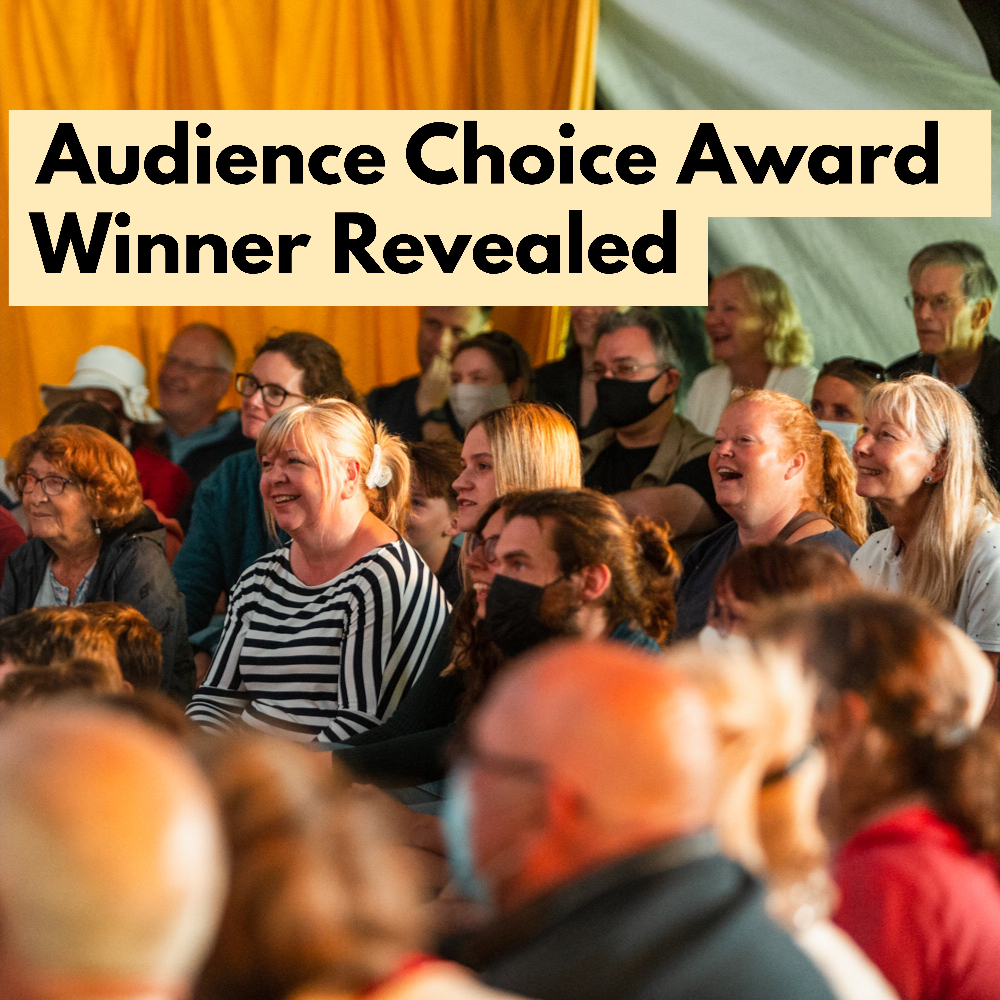 The Ventnor Fringe audience have spoken!

Horsebox Theatre Company, led by Artistic Director Joe Plumb have been creating theatre shows and experiences for all ages from the back of their red curtained horsebox since 2018, popping up at Tapnell farms summer shindigs and The Nuffield Theatre as well as adapting during lockdown by commissioning online plays.

The People’s Republic of the Isle of Wight follows a campaign for IW Independence including plenty of Island in-jokes and audience interaction in the form of citizenship tests. The show also featured Drag artist Fanny Quivers and got laughs from caulkheads and overners alike with multiple sell out performances at Ventnor Fringe’s Comedy & Cabaret Tent.

The award, an artwork in itself, was designed and created by artist Brian Marriott using fused glass and carved wood accompanied by a cash prize for the winner donated by Rouse Ltd to help support future creative commissioning on the Island.

Joe Plumb pictured said “Thank you so much to all the beautiful islanders who voted! It goes to show the overwhelming support there is for Independence on the Isle of Wight. This is just the beginning. First Ventnor, next… the world! “

Ben Rouse said “The Fringe is the culmination of so much hard work and vision and provides much needed joy and happiness to more and more people. Rouse Ltd like the Fringe is Isle of Wight grown and we just wanted to help support this fantastic event with the Audience Choice Award. Well done to Joe on being the first winner and thank you Mhairi, Jack and all the team for letting us contribute in some small way. Fringe on!”

Ventnor Fringe will return over 10 days from Friday July 22nd – Sunday 31st July 2022. Registrations for artists to take part will open soon, keep an eye out on our social media or join our newsletter at ventnorexchange.co.uk for updates. 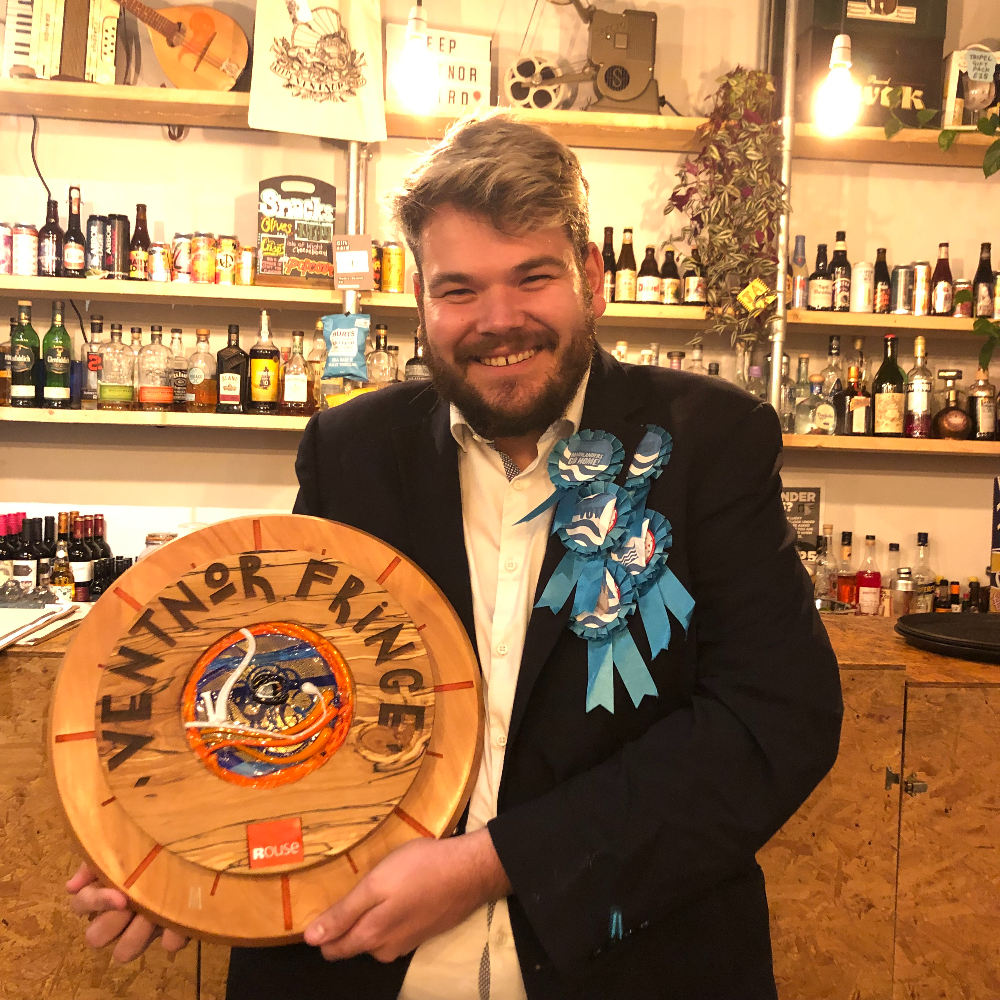